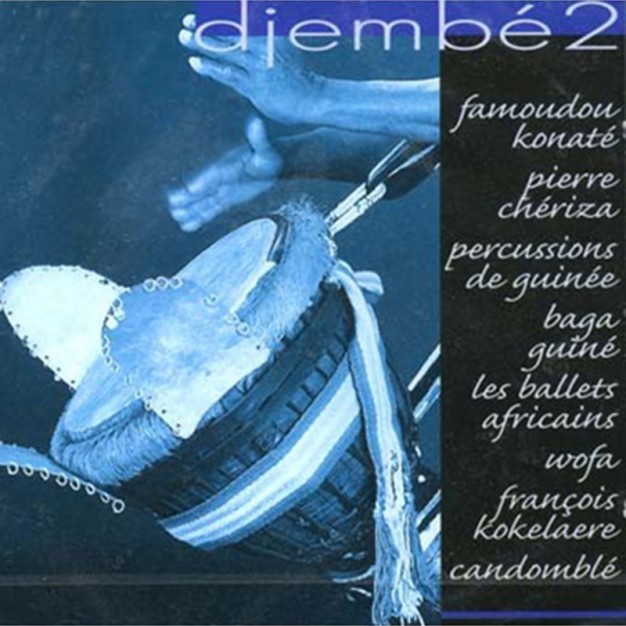 L'ensemble National des Percussions de Guinee:
This ensemble, created in 1988, gathered the best soloists from the national ballets. For seven years, starting with their very first tour, their musical and scenic coherence met with the unprecedented enthusiasm of audiences the world over. They left an indelible mark in the minds of those who had the chance to see them perform.

Baga Guiné:
The Baga live in the Coastal region. They are deeply attached to their ancestral traditions, which up to this day are rooted in animism. This group of women play songs and dances from the ceremonies given in honour of the spirits or the social events that mark the village life: weddings, deaths, births...

Les Ballets Africains:
For over forty years, Les Ballets Africains has successfully toured the world. Their repertoire is drawn from the prodigious cultural heritage of the four natural regions of Guinea: The Coastal region, the Fouta Djellon, the Highlands and the Forest Region.

Wofa:
This is one of the most original bands in West Africa. These independant artists, who manage their own careers, are very united. They rehearse and create in the true spirit of the Guinean ballet as imagined by Keita Fodeba in the sixties, revisiting the tradition of the Coastal region with a very modern artistic approach.

Famoudou Konate:
Famoudou Konate is one of the greatest masters of Malinke djembe. It is among the Malinke that the djembe is said to have apeared a few centuries ago. After a long career in the National Ballet, Famoudou has moved on to a very personal approach of traditional rhythms, of which his knowledge is very indepth.

Candomblé:
This Brazilian cult is of African (Yoruba) origin.

Francois Kokelaere:
Starting in the seventies, the djembe left its native land to spread worldwide. After the countries kin to its cultural origin, it soon reached the western world. The French musician Francois Kokelaere counts among the people who have helped the djembe "go global". His course once led him to the artistic direction of the Ensemble National des Percussions de Guinee, which he founded in 1987 upon request from the Guinean government. Today, he has returned to his own musical career but has retained bonds with Guinea, since he now directs the group Wofa.

Price:
Actual Price:
Our price is lower than the manufacturer's "minimum advertised price." As a result, we cannot show you the price in catalog or the product page.

You have no obligation to purchase the product once you know the price. You can simply remove the item from your cart.
Our price is lower than the manufacturer's "minimum advertised price." As a result, we cannot show you the price in catalog or the product page.

You have no obligation to purchase the product once you know the price. You can simply remove the item from your cart.